Yesterday I was lounging on our brown leather couch reading. I looked up at my kids who were likewise lounging and reading. I found myself half-heartedly saying, “Let’s clean up this room.” The living room wasn’t all that messy. It wasn’t even really bothering me.

I just feel like I should make my kids clean more.

In fact, I live with a low-grade constant hum in the back of my mind that says, “Your kids should be working harder.” It’s annoying, this buzzing. Like a gnat that won’t stop fluttering around my ear.

Here’s the thing though, messes don’t bother me all that much. I know people who literally cannot relax or have fun until their house is clean.

I am not those people.

My messes and I have a grand ole time together. It’s only when other people will see those messes that I start to even notice them.

I used to beat myself up about that. Why couldn’t I seem to keep my house as clean as my friends’? But then I stayed with one of those friends whose house is always clean. I saw how much of her day was devoted to cleaning and getting her kids to clean.

I gained a sudden and lasting appreciation for my ‘messes-don’t-bother-me’ attitude.

I feel like I’ve spent a lot of my life following a script I never thought to question.

Among other things, the script says:
– Your house should always be clean.
– You should measure your success by your productivity.
– Not being productive means you are lazy.

……………..
Did you know a hummingbird flaps its wings up to 80 times per second? Their heart rate can reach 1,260 beats per minute. They are the only bird to be able to fly forward, sideways and backward.

When they dive, they can fly at an astonishing 50 miles per hour.

An American woodcock, by contrast flies a mere 5 miles per hour, clocking in as the slowest flying bird.

What if the woodcock, staring admiringly at the hummingbird thought, “Man, why my wings gotta be so slow? Why am I so lazy?”

Sometimes I feel like a woodcock who was handed a hummingbird script at birth.

I’ve wasted A LOT of energy wishing I was more hummingbird-ish. Wishing I were a little smaller, could flap my wings a little faster. Pollinate the earth a little more effectively.

Did you know a woodcock is known for the mesmerizing sky dances and aerial displays they perform during mating season? They put on quite a show flying way up high then circling down while chirping and hooting their beautiful concerto. 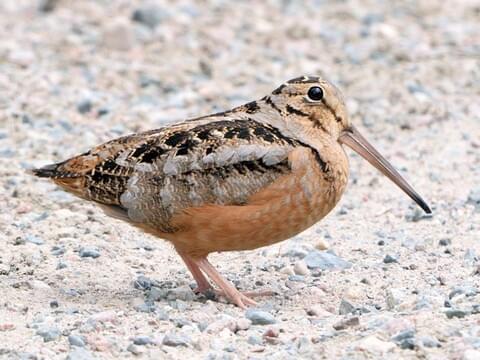 And while the hummingbird is busy flitting this way and that, the woodcock walks comically slow across the soil, often pausing to just rock back and forth in order to detect where the worms are beneath the earth.

Did you know that a hummingbird cannot even walk? It’s legs are so small and frail, they can only perch. They also cannot smell.

In actuality, I don’t want to flap my wings 80 times per second. I just want to walk slowly. I want feel the earth. I want to dance.

Thankfully, to my knowledge, neither the woodcock nor the hummingbird wastes their energy coveting the talents of the other. They inherently know their strengths and live out their lives using them.

“The honorable idea of ‘vocation’ is simply that we each are called, by God, or by our gifts, or by our preference, to a kind of good work for which we are particularly fitted.” – Wendell Berry

The hummingbird is not particularly fitted to feel out worms in the ground just as the woodcock is not fitted to vast pollen dispersion.

He created me too. And declared me good. Just as I am.

2 thoughts on “The Hummingbird, The Woodcock and Me”